With our Custom Three Card Monte Trick, three playing cards are fanned and shown face up. The Magician asks a spectator to remember the middle card. To the spectator’s surprise, upon taking the middle card from the deck, the card has changed to a message card, which is custom-imprinted with the one- or two-color logo of your choice! 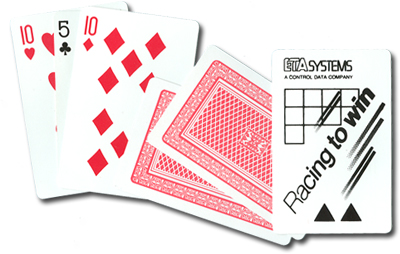